Most-Holy Theotokos "She who is quick to hear." icon 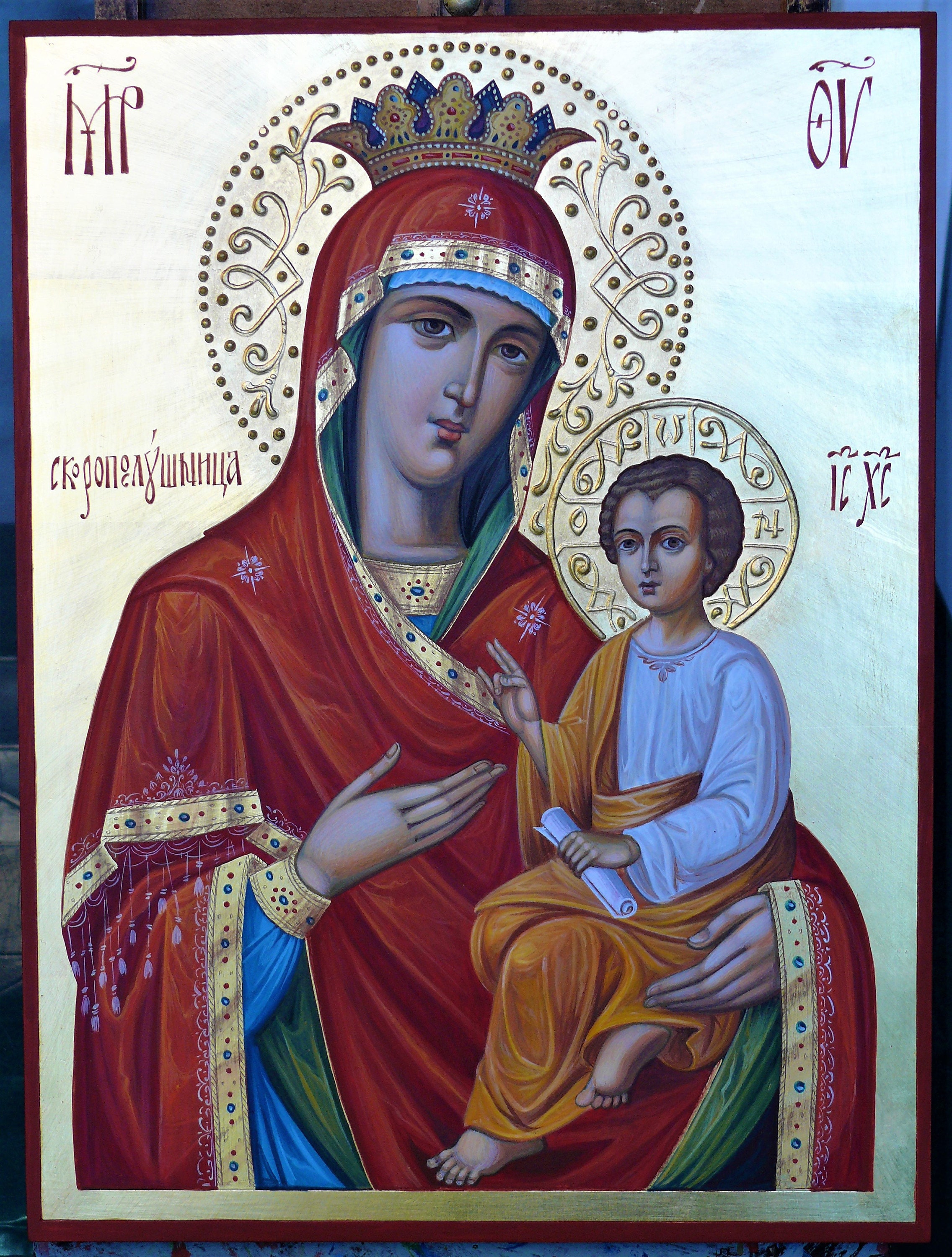 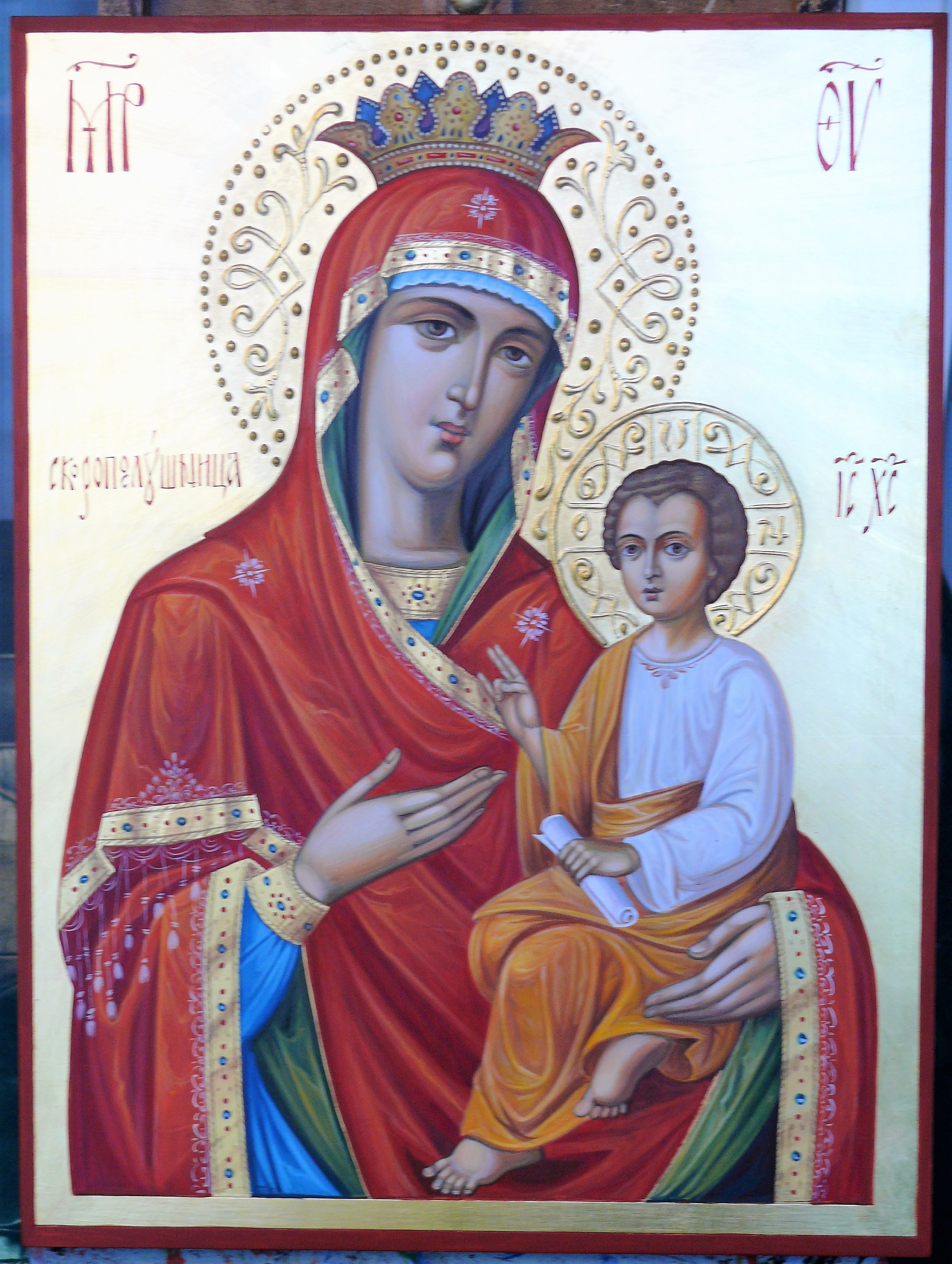 This ancient miracle icon is located on Mount Mountain. Athon in the Dochiarou Monastery. The tradition of the monastery dates back to the time of writing this icon until the 10th century, Neophytos (co-founder of the monastery) is the supreme.

Events from the history of the icon

The first testimony of the miraculous power of this icon is revealed in an incident that happened near the canteen of the monastery. Before the icon was a passage through which the fathers generally went to the dining room. The manager also went through this way in the performance of his duties, not only day but also at night. Sometimes at night, he would pass by this icon while wearing a hot torch. Once, in 1964, this guardian, Nilos, while passing in the usual way, with the torch emitting soot, heard the voice coming from the icon that said, "In the future do not come here with an illuminated torch, and do not turn red in my face with soot. "

At first Nilos was afraid of these words; But then, telling himself that one or the other of his brothers had spoken, he quickly returned to his cell, passing it as before. For the second time from the icon, there was a voice: "Monk, unworthy of that name, will you continue to carelessly and shamelessly cross out my image?" With these words, the steward was blinded and barely understood what those words were; And sincerely confessing his sin, he was considered worthy of such punishment because of his inattention with the words of the Most Holy Mother of God. The brothers of the monastery learned what had happened and therefore put an icon of the sanctuary in front of the icon and punished it every night while praying earnestly that Nilos could get his eyes back. Day and night he prayed fiercely and wept before the face of the Divine Mary, the Mother of our Lord. With sincere tears of repentance he asked for forgiveness for his inattention to his voice and for being able to be healed. And she, as a good protector, did not despise the prayers of the blind.

One day, as he prayed and wept before the holy icons, he heard a voice: "Nillo! Your prayer has been heard, I forgive you, and I will look at you from your eyes." When you have received this mercy from me, tell the brethren that I am their Protector, the guardian and the defender of this monastery dedicated to the archangels. Do them and all Orthodox Christians with Me in the necessary things and I will not abandon them because for all Who flee me in awe, I will be their Advocate, and all their requests will be fulfilled by my Son and God because of my mediation before Him, which is why my icon will be called "She Who Hears Fast" because I will soon show Mercy and will fulfill the requests of all and in a hurry. "After these joyous words, Nilos got his eyes, and the report of this miracle spread rapidly in Mount Athos, and many monks wishing to be witnesses to this miraculous event that had happened at that time came to the monastery where they bowed with awe In front of the image of the Mother God, and with astonishment, I saw a steward who had suddenly struck blindness and then saw him again. Meanwhile, the brethren of the monastery, by common accord, prayed with sincerity and reverence to God's mother, shut the passage to the dining room. And as accurate as The place where the sacred icon was placed, on the right a beautiful church was erected in the name of the Most-Holy Theotokos "She who is quick to hear."

The Most-Holy Theotokos  then fulfilled and continues to fulfill Her promise of quick help and consolation for all those who come to Her with fait.

Copies of this icon have brought forth many miracles, especially in Russia, where it is venerated greatly.