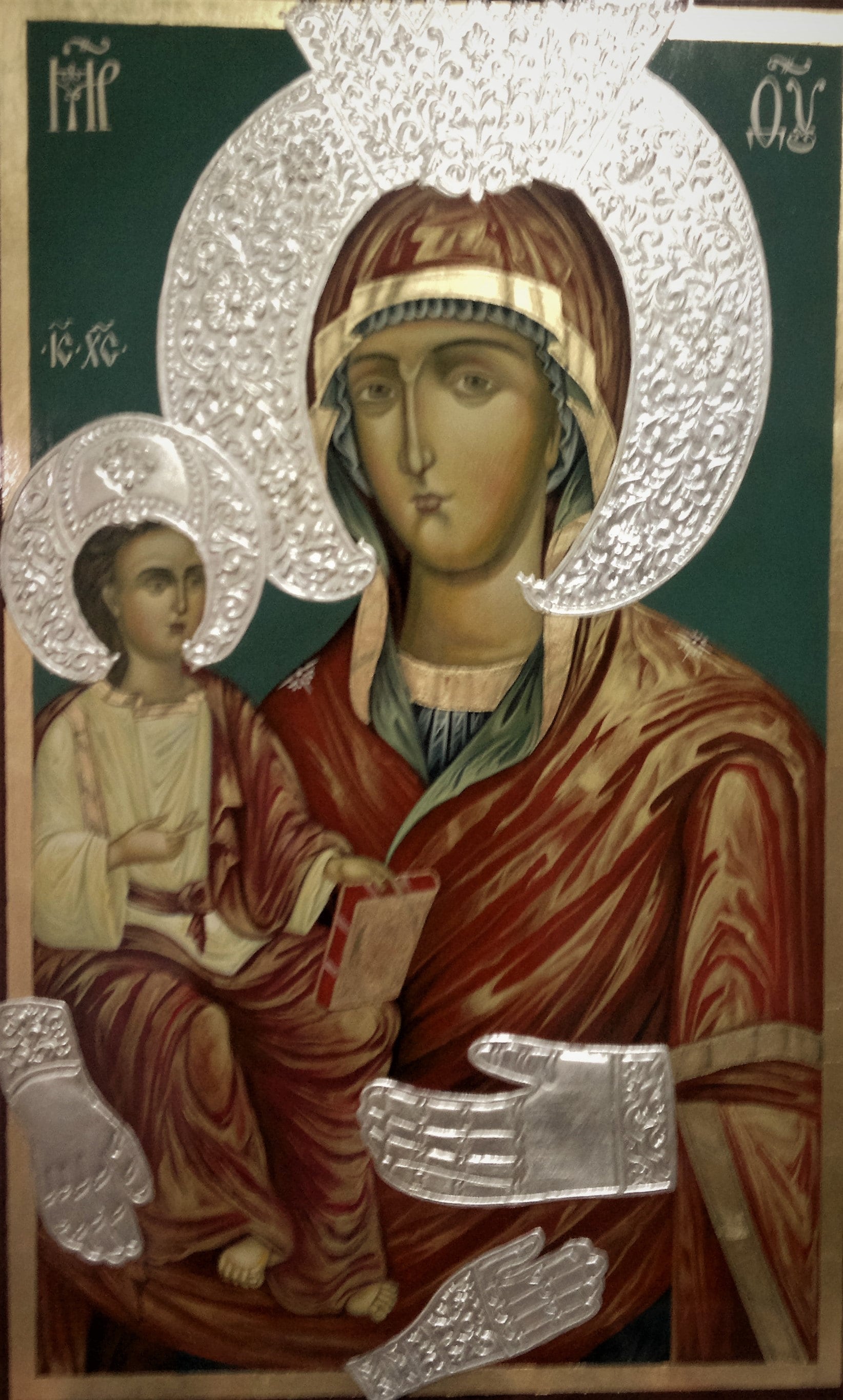 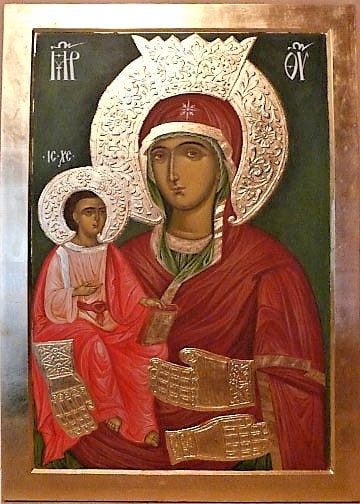 In the main church of the Troyan monastery Bulgaria is preserved the oldest icon-sanctuary of the monastery "Presvaria Bogoroditsa Troeruchitsa"( Icon of the Blessed Virgin  with Three Hands ) - miraculous.

The icon of the Mother of God was given its name in the 8th century when the iconoclastic heresy, supported by the emperor of Byzantium Leo III Isaver, was raging in Byzantium.

At that time, St. John Damaskin, a senior dignitary in the yard of the Damascus Caliph, lived in Syria. He wrote the three treatises "Against the Worshipers of the Holy Icons", and with letters sent to Byzantium, St. John flamboyly denounced the heretics. The wise inspirational writings led to the rage of the Emperor iconoclast Leo III, but since their author was not a Byzantine subject, and the emperor himself could not punish him, he sent a fraudulent letter to the Damascus Caliph and accused him that he wanted to hand over Damascus to the Byzantines.

Enraged, the Caliph of Damascus ordered the right hand  of the Reverend John to be cut off to the wrist, and to be hung in the city square. That same day, when the caliph's anger decreased, St. John had begged from Caliph for its own cut off hand. Caliph returned  cut off hand of St. John and

He touched her to her wrist and fell on her knees before the icon of God's Mother.

He has long time prayed for the Virgin to cure his hand, whit which He wrote in defense of Orthodoxy. After a long prayer, he was asleep, and then the Mother of God appeared to him, and said to him, "Here, you are healthy.

Work diligently with your healed hand for the glory of God!."  When St. John woke up, he saw his hand undamaged.

From thanksgiving to the miracle he had ordered to attach to the icon of the Mother of God a silver image of the broken hand. Thus, the icon was named "Troeruchitsa" ( Icon of the Blessed Virgin with Three Hands ).

Shortly thereafter, Saint John entered the monastery of Reverend. Sava, taking with him the miraculous icon of the Virgin Mary Troeruchitsa.

The icon was kept in the monastery until the 13th century, when God's suggestion was given to St. Sava's Serbian and transferred to Serbia. During the Turkish invasion, Christians entrusted the preservation of the icon of the Mother of God itself, put it on a donkey that only reached Mount Athos and stopped in front of the doors of the Hilendar Monastery. There, the miraculous icon "Virgin Mary Troeruchitsa" by St. John Damaskin was placed on the altar of the monastery temple.

The image of the miraculous icon of the Virgin Mary Troeruchitsa was spread in many Orthodox countries.

In the seventeenth century a monk Bulgarian, unknown by name, settled in the Troyan Balkan with his only disciple,

, on his way to Wallachia, there came a monk from Athos carried with him a miraculous icon of the Virgin Mary Trogeruchitsa.

As he repeatedly attempted to leave, the icon of how he was always coming back to the monastery. That is why he finally left it here, and since the foundation of the holy monastery, the miraculous "St Bogoroditsa Troeruchitsa" is a temple icon of the Troyan monastery Bulgaria.

Previous Post Most-Holy Theotokos "She who is quick to hear." icon
Next Post Icon of protection of the Most Holy Mother of God
0 items in your cart