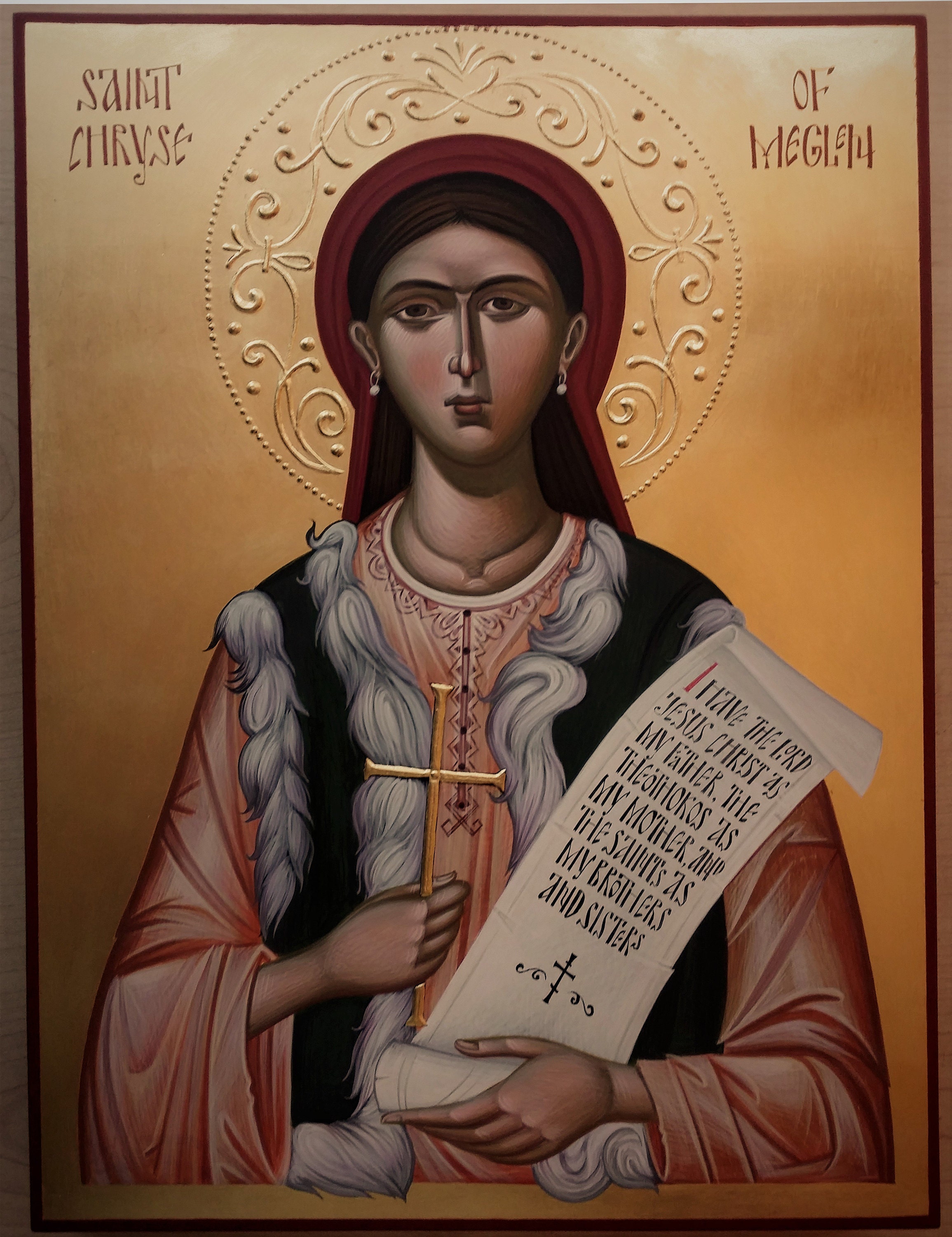 Zlata was born in the eighteenth century in the village of Slatina, in the province of Meglen (today Chrysi, Greece), while Bulgaria was under the Turkish Yoke.

From her youth, Zlata displayed a firm faith in Christ and was both chaste and beautiful. A certain Turk was obsessed with her

Once when Zlata went out to get water, the Turks seized her and took her to their home. When one of them urged her to become a Muslim and be his wife, Zlata replied: "I believe in Christ, and Him alone do I know as my Bridegroom. From Him, I will not deny, even if I am broken into pieces.

The Turks called for her parents and her three sisters. They made them attempt to influence her to accept Mohammedanism and to agree to become a Turk woman. They threatened that her parents and her sisters will be tortured and will die if their desire was not fulfilled

Zlata was not frightened by these threats but said she would never deny Christ no matter what they did to her.

The parents and sisters of the saint wept and urged her to deny Christ “O daughter, have mercy on yourself and on us, your parents and sisters; deny Christ in words only, so that we can all be happy, for Christ is merciful. He would forgive such a sin, committed due to the necessities of life." so that they all might be spared torments and death. Saint Zlata was unmoved by their pleas, and replied, “You who invite me to deny Christ you are no longer my parents and sisters. Instead, I have the Lord Jesus Christ as my father, the Theotokos as my mother, and the saints as my brothers and sisters!”

When the Moslems saw that they could not weaken the resolve of the saint, they tormented her for three months, beating her with clubs. Later, they peeled strips of skin from her body so that the earth was reddened by her blood. Then they heated a skewer and passed it through her ears.

Finally, the Moslems fell into a fury at having been conquered by a woman, so they tied her to a tree and cut her to pieces with their knives. Her pure soul was received by Christ, Who bestowed on her the double crowns of virginity and martyrdom. Certain Christians gathered her relics secretly and buried them with reverence. Saint Zlata suffered for Christ in the year 1795.