Which one is Saint Abigail, more commonly known as St. Gobnait or Deborah 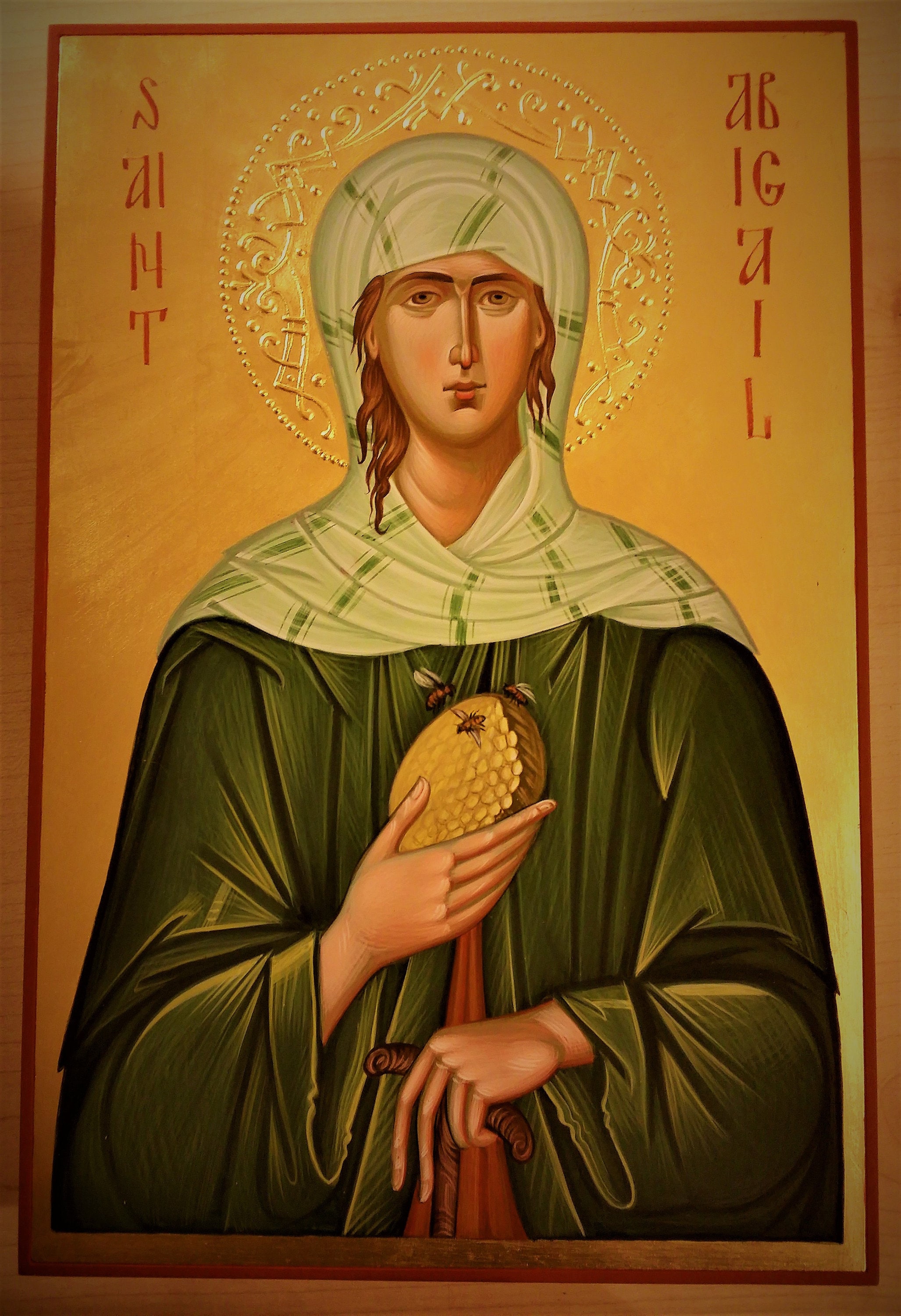 Saint Abigail is an Irish saint, recognized in the Orthodox and Catholic Churches for her use of herbal medicine to heal people, her skills as a beekeeper and for protecting her village from the plague. She is also widely respected as the sister and disciple of St. Abban.

As the patron saint of beekeepers, her name also has been anglicized as Deborah, meaning “Honey Bee.”

Saint Abigail was born in County Clare, Ireland, sometime in the 5th or 6th century.

Tradition holds that Saint fled Clare in order to escape family feuding, settling on Inis Oírr. After a time, an angel appeared and told her that she was meant to spend the rest of her days (until her soul left her earthly body) elsewhere. She would know the right place because she would find nine white deer grazing there. So she left the island to journey through the southern coastal counties in search of the deers.

She found that mystical herd in Ballyvourney, County Cork, where she dedicated the remainder of her earthly life to pastoral work.

A popular story surrounding Saint Abigail's ability with bees is one of her chasing off a brigand with an angry swarm of bees, forcing him to return the cattle he had stolen. One of the characteristics of the religious order she started is that they went around healing people's ailments. It is assumed by most sources that she did this with various herbal remedies in which she used her honey.

The saint is still locally venerated today and is among a group of Irish saints whose feast day has been given national rather than just local recognition. The main centres of devotion to Gobnait are Inis Oírr (Aran Islands), Dún Chaoin in West Kerry and Balleyvourney near the Cork / Kerry border.

Previous Post St Ivan Rilski, hermit John of Rila (Yoan of Rila, in Bulgarian Ivan Rilski)
Next Post Our Lady of Aristocratus or Aristocratissa, Byzantine icon
0 items in your cart