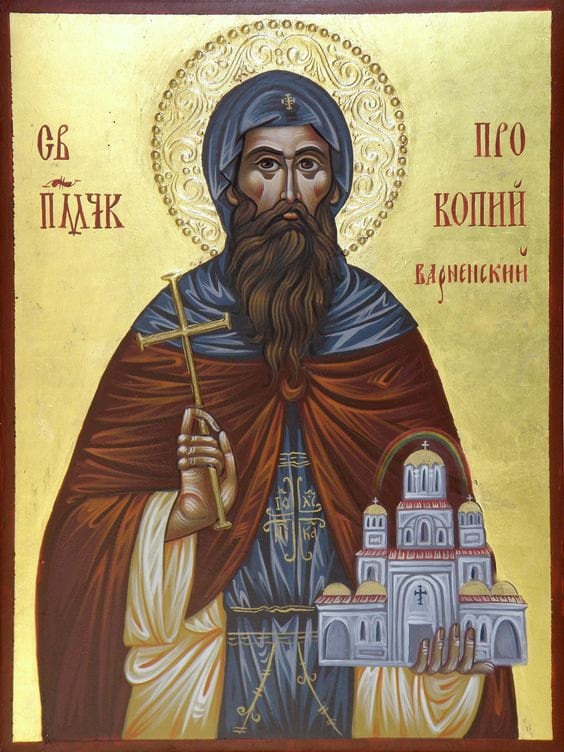 Saint Procopius of Varna is a Bulgarian Orthodox martyr of Christ's faith. Patron of the city of Varna, where an Orthodox temple dedicated to him was erected. 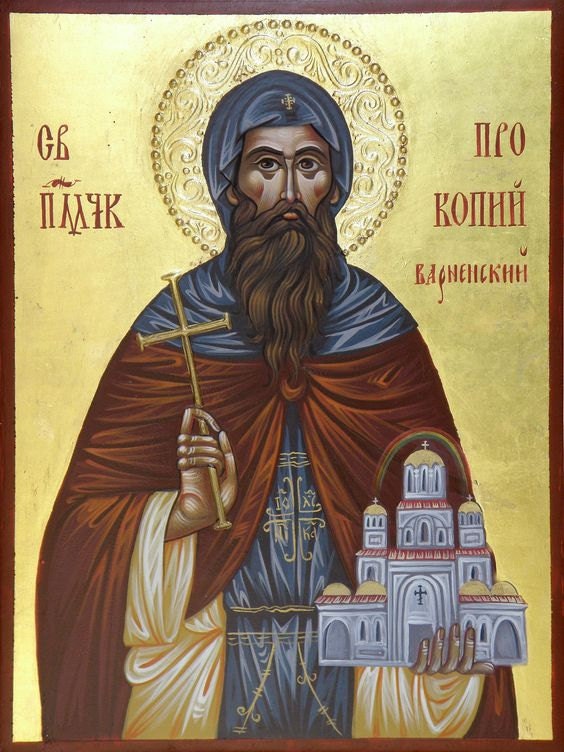 When Prokopius was 12 years old, along with his father-a poor peasant, traveled from his native village to Varna. A wild boar jumped out of the woods ran in front of the horse that frightened the animal. But after a while, dog barking was heard, and the passengers saw a group of Turks hunting. As they approached, Prokopius with his father came down from the horse and bowed.

The Turks continued on their way, and the little Prokopius asked his father:

"Dad, a man is afraid of a wild beast, but why should he be afraid of another person who is a man like us?"

"Child, see how the sun shines equally for master and slave, rich and poor. And the birds sing for all, but some people forget God and become bad. And we are all equal, "replied the father.

"I love to think of the good and fair God," Procopius hastened to say. He raised his eyes and say, "Father, I want to learn to read to know more about His goodness to people.

"Your wish is good, my son, but in our village, there is no school or church. The rich are learning in the city, but only in the Greek language."

With such thoughts they reached Varna. As soon as they stopped at the market, they saw a monk. The good peasant caught his child's hand and headed for the monk to bless them. They spoke and the monk explained that he was from the Zograf Monastery in Mount Athos. By telling what a great church there is, and how the monks read, sing and pray in native Bulgarian language, Procopius was fulfilled of joy. He wished to go with the monk. The father was saddened for the upcoming separation, but he did not stop him.

The little Procopius went with the monk, He was unshod and a patched shirt. In Athon he was lived near the monastery. It was not long before Procopius fell into weakness. He was fond of his birthplace, his relatives and his friends. He did not withstand and left Mount Athos. But he did not return to Bulgaria, but went to Constantinople and thence to Asia Minor (town of Smyrna).

There he began to reflect on his deeds and fall into despair. There was no one to support him because he did not share his anxiety with anyone. So he fell into the greatest sin - he accepted the Mohammedanism.

The very next day after the circumcision, he realized what he had done, and the conscience began to torment him. He had no peace day or night. Then he sought a cleric and revealed his sin in confession. He repented of a whole heart, but he did not lighten again. Then he decided to die for Christ. He began to fast and prayed hotly. Together with the cleric, he read prayers to the Virgin Mary, praying for her protection.

On the 15th day from reception the Mohammedanism, he appeared in the Turkish court. He cast the turban and said he was a Christian. They started threatening him, but he did not hesitate. They offered him riches and honors, they did not incline him again. The only thing he longed for was to die for Jesus Christ.

They have condemned him to death. his courage disturbed the Turks. When it was time to be beheaded, none of the Turks dared to dare. They found a criminal who killed him. This happened on June 25, 1810.

The blood of the martyrdom of the monk Procopius washed away the sin. His exploitation is described to remind people how frightening it is to deny Christ and how this sin is forgiven.

Icon is panted by Georgii Chimev

Previous Post Our Lady of Aristocratus or Aristocratissa, Byzantine icon
Next Post Saint Margaret of Scotland’s Story
0 items in your cart