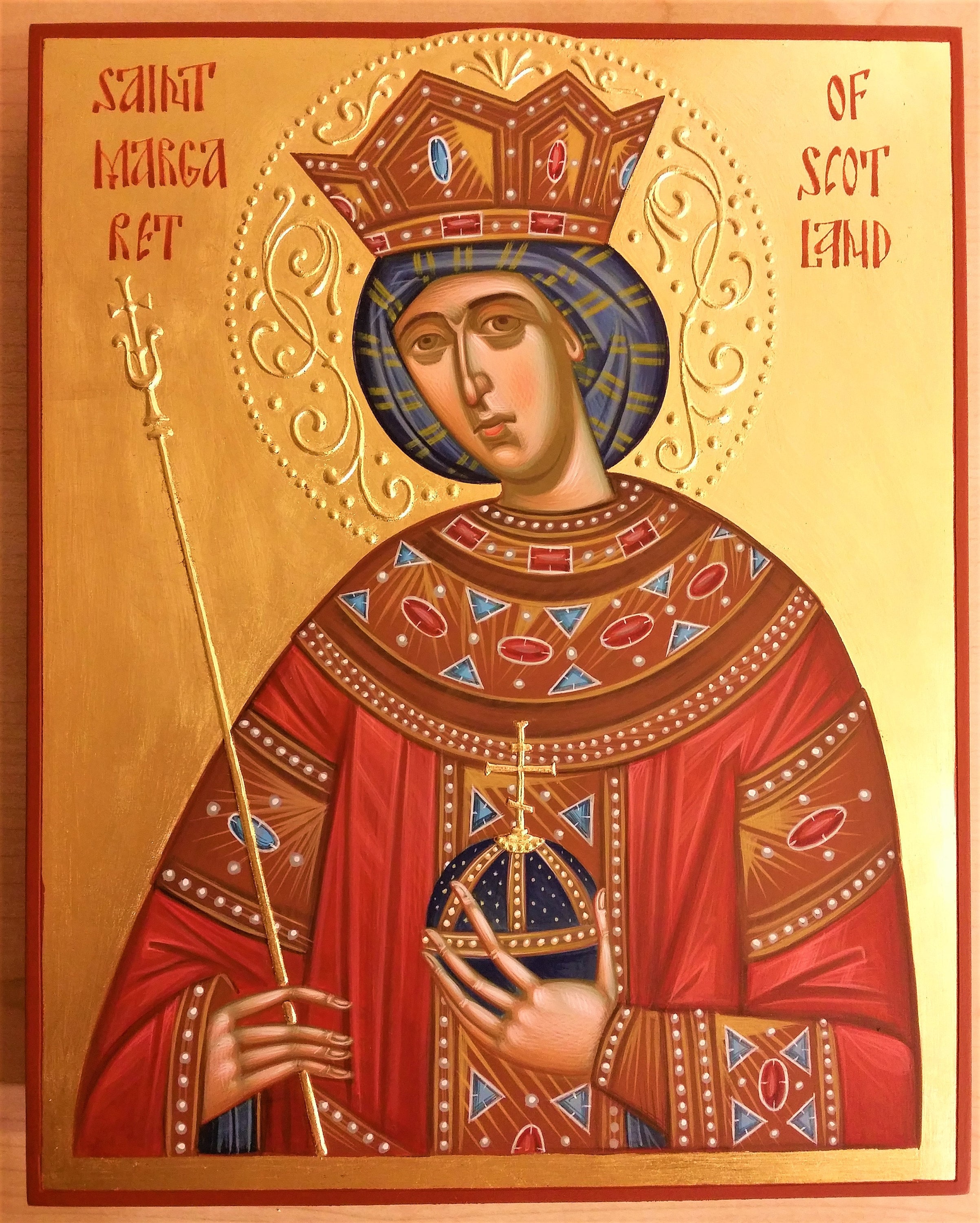 St. Margaret of Scotland, or Margaret of Wessex, was an English princess born in Hungary to Princess Agatha of Hungary and English Prince Edward the Exile around 1045. 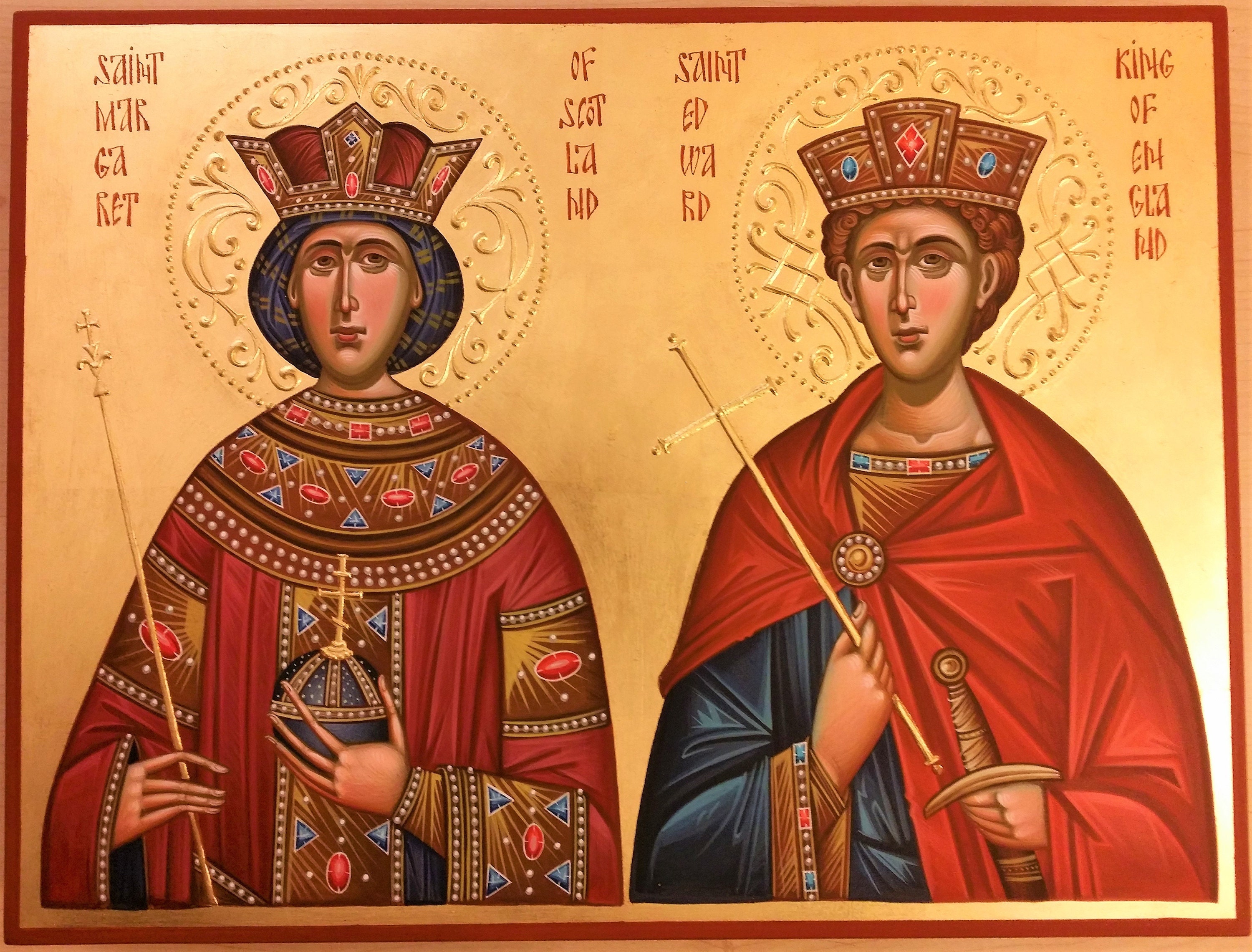 Her family fled from William the Conqueror and was shipwrecked off the coast of Scotland.

Malcolm Canmore III, the king of Scotland, welcomed Margaret and her family and put them under his protection. He soon fell deeply in love with the beautiful and kind princess. They became married in 1070 at the castle of Dunfermline.

Because of Malcolm’s love for Margaret, she was able to soften his temper and help him become a virtuous king.

Margaret tried to improve her adopted country by promoting the arts and education. For religious reform, she encouraged synods and was present for the discussions which tried to correct religious abuses. With her husband, she founded several churches.

Margaret's private life was austere. She had certain times for prayer and reading Scripture. She ate sparingly and slept little in order to have time for devotions. She and Malcolm kept two Lents, one before Easter and one before Christmas. During these times she always rose at midnight for Mass. On the way home she would wash the feet of six poor persons and give them alms. She was always surrounded by beggars in public and never refused them. It is recorded that she never sat down to eat without first feeding nine orphans and 24 adults.

In 1093, King William Rufus made a surprise attack on Alnwick castle. King Malcolm and his oldest son, Edward, were killed. Margaret, already on her deathbed, died four days after her husband.

Her body was buried before the high alter at Dunfermline.

In 1250, Pope Innocent IV canonized Margaret as a Saint, acknowledging her life of holiness and extraordinary virtue. She was honored for her work for reform of the Church and her personal holiness.

Previous Post St. Procopius of Varna a Bulgarian Orthodox martyr of Christ's faith.
Next Post Saint John the Merciful, Patriarch of Alexandria
0 items in your cart